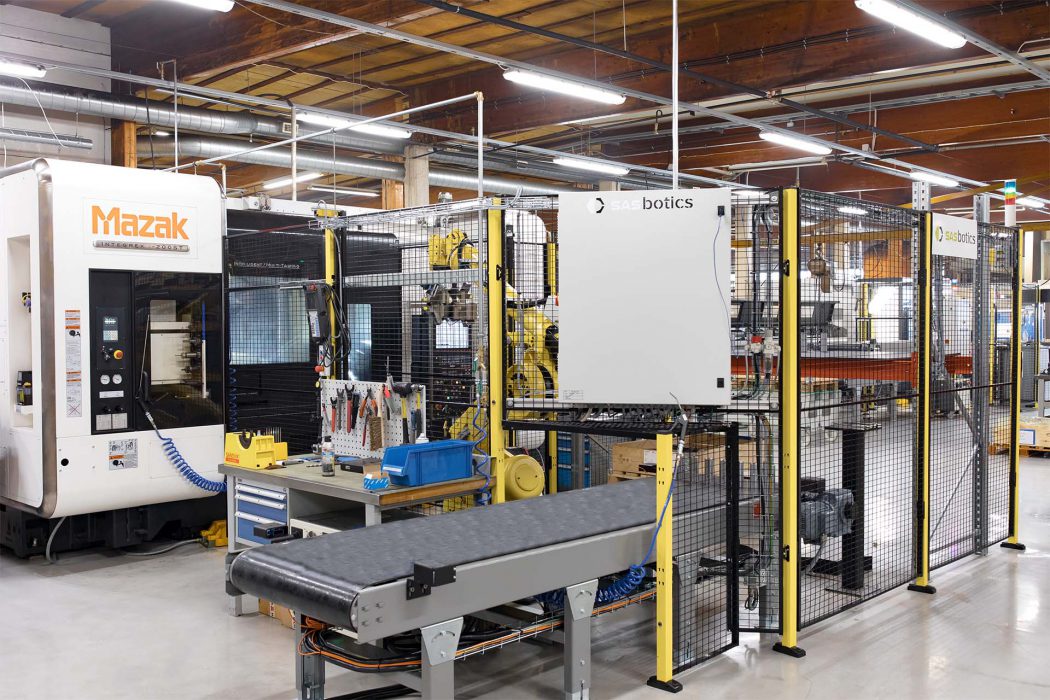 ST-Koneistus has invested in a 5-axis Mazak INTEGREX i-200ST multi-tasking machine and a sophisticated robot unit.

Our latest machine is a true multi-tasker and enables us to produce a wider range of products than before. Among other things, the Mazak INTEGREX i-200ST allows the 5-axis machining.

Meanwhile, the robot unit purchased at the same time is also an extraordinary solution. With its control system tailor-made by Sasbotics, the robot knows how to find the work piece based on its measurements, and then grab the piece. Even if the work in progress involves a variety of different kinds of pieces, it won’t pose any problem to the robot.

Before this latest investment, ST-Koneistus was already armed with two Mazaks of similar kind.

“We can now divide the work load between three machines and thereby make our production more flexible,” says Mr Tommi Peltonen, ST-Koneistus owner in charge of sales and development. “Meanwhile, the new machine opens up new possibilities in the production.”

In practice, the 5-axis capability allows the machining of a work piece from various different angles simultaneously.

According to Peltonen, industrial companies tend to make investments only after they’ve discovered a need for something specific.

“For the time being, we would’ve been totally fine with two machines as well, but owing to the recent economic upturn, the delivery times for these machines have become longer. That’s why we made the decision to invest proactively.”

With the new investment, the MazaCAM programming system purchased by ST-Koneistus last autumn has been put to good use.

The system allows ST-Koneistus to write the programs for each of its Mazaks while the machines are in action.

“We’ve been working with MazaCAM for some time now, and our experiences have been more than positive,” says Peltonen. “For instance, the system has enabled us to minimize the idle time of the machines.” Four billet platforms can be loaded into the robot unit simultaneously. In addition, the robot is capable of handling sturdier pieces weighing up to 200 kilograms.