The Cooperation Between Sandvik and ST-Koneistus Works: “Our hydraulic systems are even cleaner than we require” 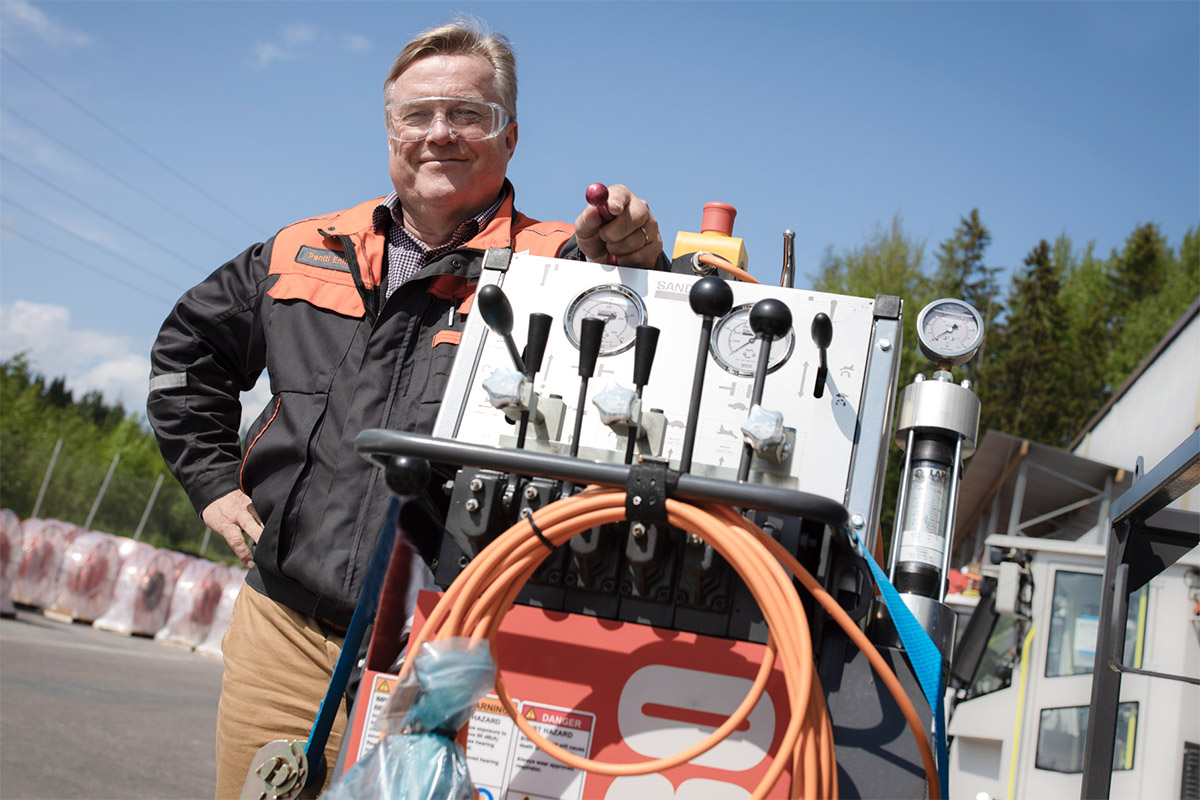 According to Pentti Enlund, Supplier Account Manager for hydraulics and pneumatics procurement at Sandvik Mining and Rock Technology, ST-Koneistus is probably the only Finnish company whose machining expertise and the cleanliness of the assembly facilities are sufficient for the production of the DE100 control panels.

“In addition to the production and assembly of the hydraulic manifold itself, ST-Koneistus conducts all procurement related to the control panel for us. We get a complete, tested system under the same roof”, Enlund describes the partnership.

ST-Koneistus has been responsible for manufacturing all control panels for the Sandvik DE100 series for a few years now. In the beginning of the cooperation, the production process and its requirements were thoroughly reviewed.

The cooperation partners visited each other many times before the production started. Discussions were held on how to ensure the quality of the assembly and component procurement.

“ST-Koneistus had a credible vision of how they want to develop, and they have acted accordingly as well. Although our cooperation is only just beginning, I am confident in their ability to develop from a conventional manifold manufacturer into a supplier of demanding hydraulic systems.”

“I am confident in their ability to develop from a conventional manifold manufacturer into a supplier of demanding hydraulic systems.” 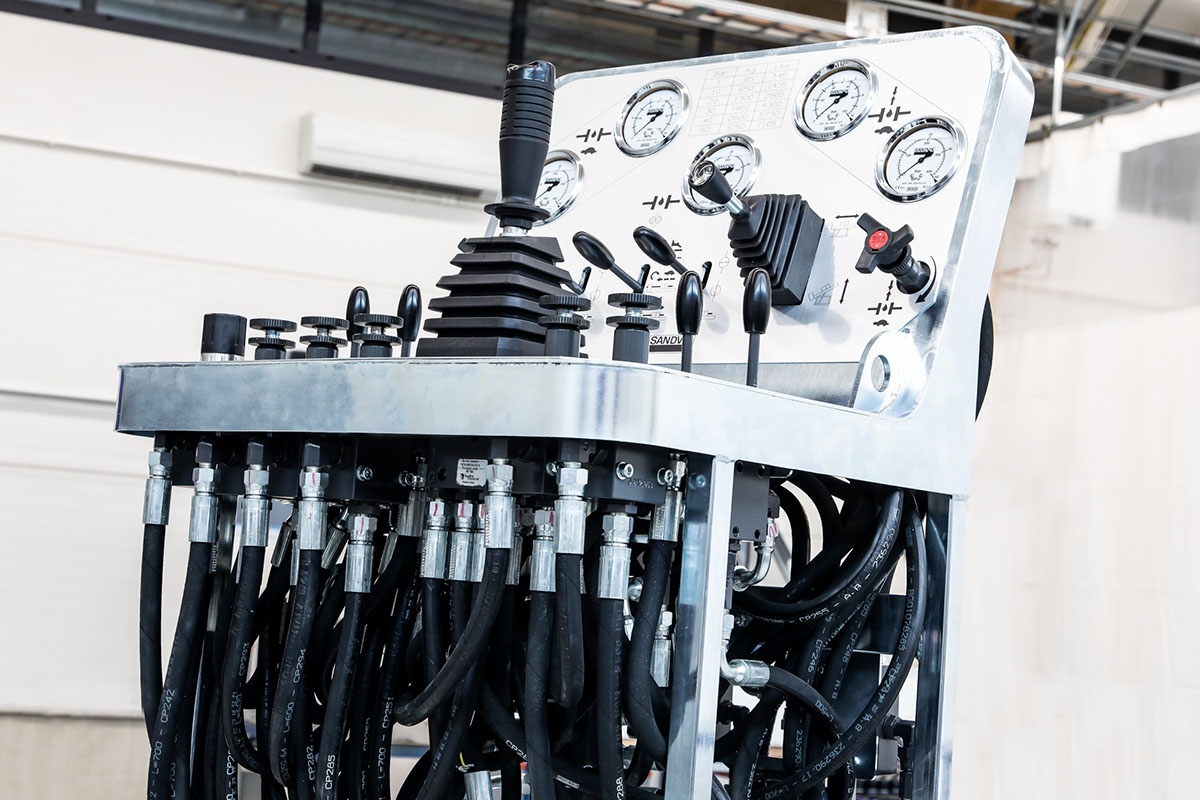 The exploration drill rig drills the earth’s crust, the content of which is determined by examining the depth and quantity of the ore.

The assembly of control panels for exploration drill rigs consists of approximately 50 connectable parts. In addition to the manifold, the assembly involves, e.g., hoses, valves, an instrument cluster and control equipment. ST-Koneistus assembles and connects everything ready for Sandvik.

The purity requirement means that particles larger than 0.6 mm will not enter the hydraulic system of the exploration drill rigs. In recent years, ST-Koneistus has made significant investments in the purity of its assembly operations, especially keeping in mind the high purity requirements of the machinery and equipment industry.

“We are aware that thanks to ST-Koneistus, our hydraulic systems are even cleaner than we require. Our cooperation may well extend to other products in the future.”

Product functionality is everything for Sandvik. The company also tests all its outbound equipment, for which it has a four-kilometre long test mine in Myllypuro, Tampere.

“Because all signs indicate that electric cars will increase exponentially in China in the next few years, it is understandable that mining companies want to find high-end precious metal used in the electric cars,” 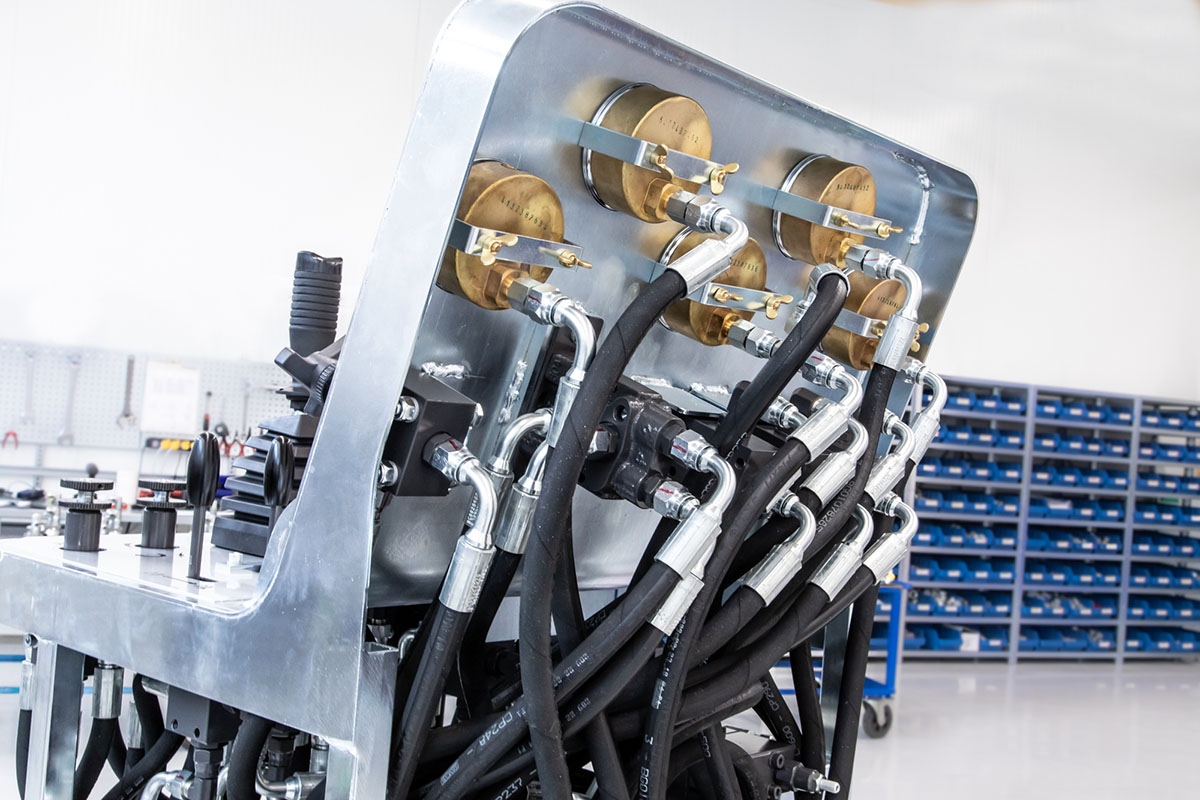 Research depths with the DE100 series equipment range from 230 to 1500 meters.

Mining companies are looking for new mine locations with the exploration drill rigs. In addition, the equipment can be used to find out how the already discovered lode proceeds underground.

Sandvik DE100 series demand has been on the rise in recent years. The increase in demand is largely due to the fact that everyone wants to find copper right now. The excessive need for copper is, in turn, explained by the Chinese and electric cars.

Already over half of the world’s electric cars are manufactured in China. In addition, Hainan, the southernmost province of China, has announced that all cars sold in the province should be electric or hybrid by 2030. Copper, in turn, is associated with the equation so, that the manufacture of an electric car requires a considerable amount of copper.

“Because all signs indicate that electric cars will increase exponentially in China in the next few years, it is understandable that mining companies want to find high-end precious metal used in the electric cars”, Enlund says.

For example, resources used to search for elements, such as lithium and cobalt, used in electric car batteries increased by 82% in 2018.

Copper is mainly used in electric cars in the electrical wires.

“While the manufacturing of a conventional internal combustion engine takes 20 kilos of copper, Tesla requires 80 kilos. Electric cars are a positive phenomenon, but in addition to everything else, they also increase the demand for our exploration equipment.”

ST-Koneistus is a Finnish supplier of hydraulic blocks and components specializing in demanding custom production. We manufacture complex components using the most cutting-edge machinery in the business.