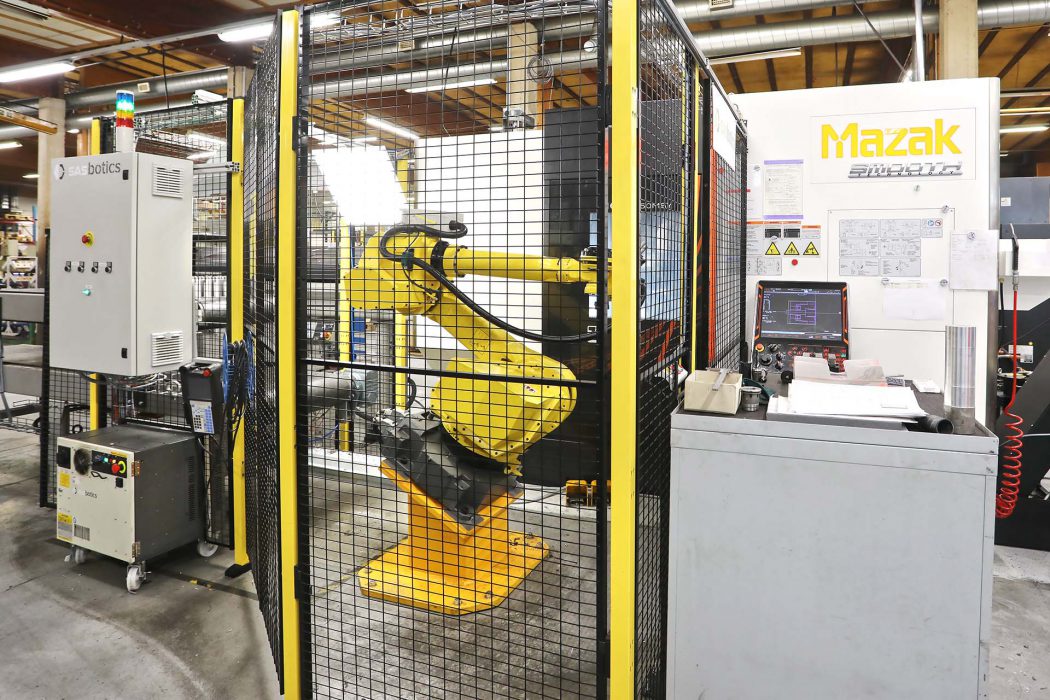 We have invested in a new Mazak Hyper Quadrex 250MSY turning centre and a robot unit. Worth half a million euros, the investment will further expand our production capacity.

The decision to buy the new turning centre was made roughly a year ago, when our growth prospects looked encouraging and gave us reason to believe that it was a good moment to invest. Now, the new Mazak is installed and in operation.

In comparison to conventional turning centres, this one stands out thanks to many of its qualities, including rotating tools, two turrets and two spindles with integrated Y Axis.

ST-Koneistus chose the Mazak Hyper Quadrex 250MSY because the company has previously invested in a similar Mazak turning centre, which has turned out to be very efficient.

“We made the decision based on our positive experiences with the previous machine,” says CEO Jarkko Selin. “It is a versatile turning centre that basically does the job of two conventional products.”

In addition to the turning centre and the robot unit, the investment includes Mazak’s new control system Smooth. Featuring a touch screen, the system allows the user to, among other things, upload 3D models used in turning centre programming.

The Mazak was delivered by Wihuri, while the robot unit was supplied by Sasbotics. ST-Koneistus is a Finnish supplier of hydraulic blocks and components specializing in demanding custom production. We manufacture complex components using the most cutting-edge machinery in the business.